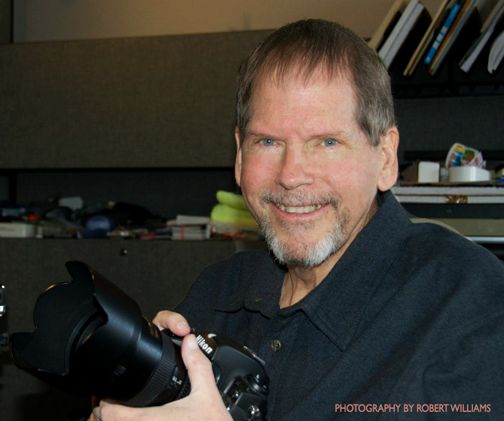 Robert Barnes was an award-winning visual artist. While many of his creations look like photographs, upon closer inspection you see that they are actually digital montages of original work realized in millions of pixels instead of paint or film.

Some images start with one of his photographs, others are strictly from his imagination. The final images find their roots in the masters of photographic expression and impressionist painting. It is, in the tradition of Ansel Adams and Jerry Uelsmann, another evolution in visual style.

A graduate of Eckerd College with a BA in Art / Photography, Mr. Barnes became the Chief Photographer / Cinematographer for Turner Broadcasting in 1972. He earned an Emmy Award for Outstanding Documentary in 1976. In 1979 he joined the founding team at Cable News Network (CNN®). In 1986 he moved to Apple Computer® and spent the next ten years working in advanced technology and digital imagery.

After nearly three decades of detours, Barnes returned to his first true calling ... to work full time as an artist.

He summed up his work with his favorite quote from Martha Graham: “All artists are filled with a blessed unrest, trying to reach the infinite and never, of course, making it but never giving up trying.” In 2011 he moved from Santa Fe to Reno, Nevada.

Robert lost his battle to cancer in August of 2015. This site represents his body of work. He will be missed but his art will continue to inspire us.